Alton Towers' 2018 end of season Fireworks Spectacular saw the park awaken in a magical display featuring some of the park's greatest rides.

The 2018 Alton Towers Fireworks display took place over two ngihts on Saturday 3rd and Sunday 4th November 2018. Similar to 2017, tickets were sold to guarantee entry, which made for a calmer atmosphere in the park during the day.

The show began as two young campers, lost in the cold November night, find themselves stuck inside the park. While trying to find their way out they awaken the park and Sir Algenon, the fictional creator of Alton Towers.

The show was split into several "acts". The first featured the rollercoasters taking centre stage with sections dedicated to Rita and Oblivion. There was a change of tone for the second act, soaring through the sky with Galactica.

Next up, for those who weren't so fond of the "big scary ones" but liked to be "spun silly" was Spinball Whizzer. This act featured one of the highlights of the show, with the whole crowd was immersed in blue light as the fireworks were set to Mr Blue Skies.

The fourth act was dedicated to 2018's new rollercoaster, Wicker Man, complete with massive balls of flame which erupted around the front lawns.

With the show approaching the finale, the campers asked Sir Algenon to do it again. He told them that soon the park must rest, but "let's see what we've got left". The atmosphere turned contemplative and emotional, as the sound of Pink's What About Us echoed through the area. Then, as Sir Algenon disappeared and the pair of campers called it a night, the display reached its traditional In the Hall of the Mountain King finale.

The show had some good moments, although the "celebration of the park" has been done several times - and much better - before, such as the previous year's "memories" display. It felt like a bit of a missed opportunity not to utilise the rich backstory of Wicker Man and create a story around the new coaster, but the flame filled Wicker Man section was very well executed. 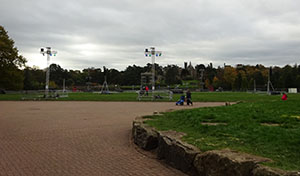 The lawns are set up and ready for fireworks 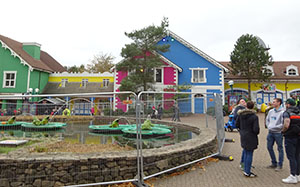 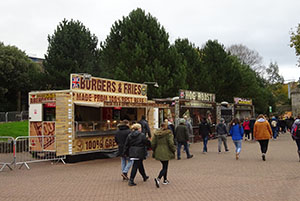 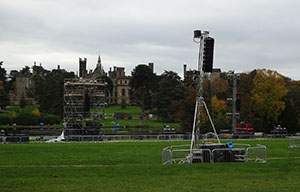 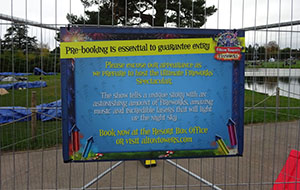 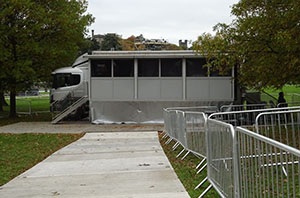 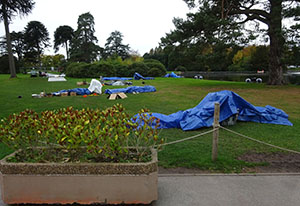 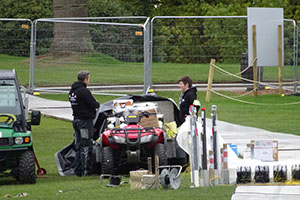 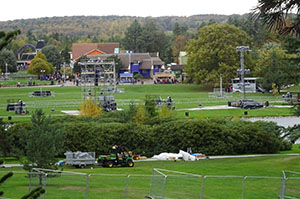 Looking over the lawns from The Towers 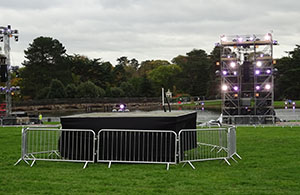 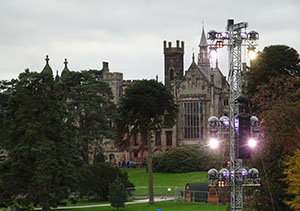 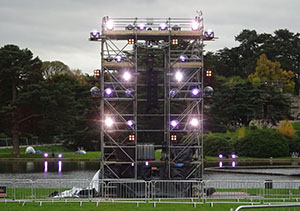 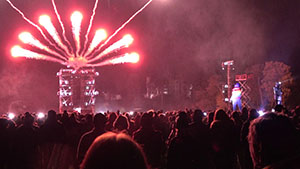 The campers awaken the park 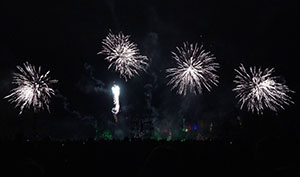 Fireworks light up the night sky 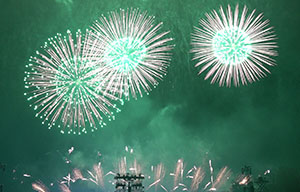 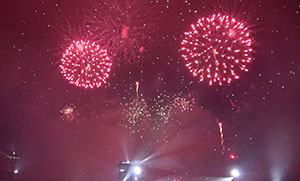 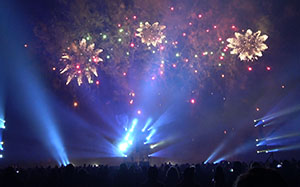 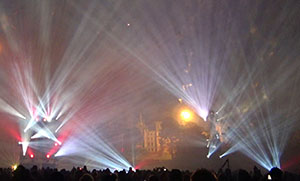 The Towers lit up by a firework 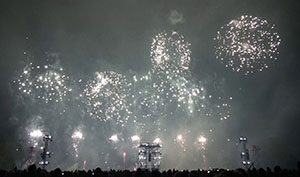 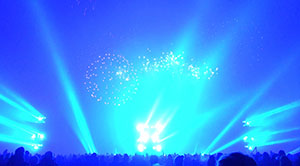 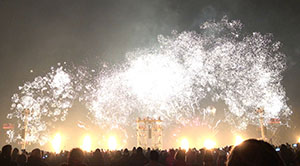 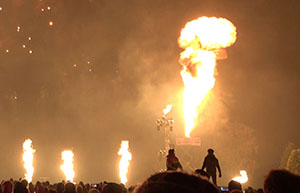 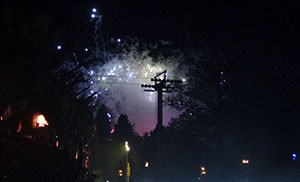 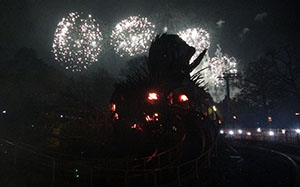 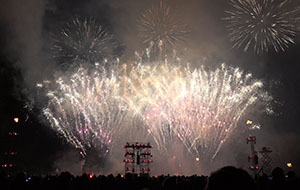 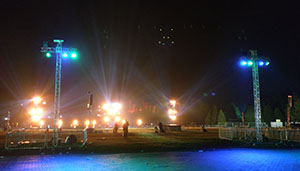 The aftermath on the lawns 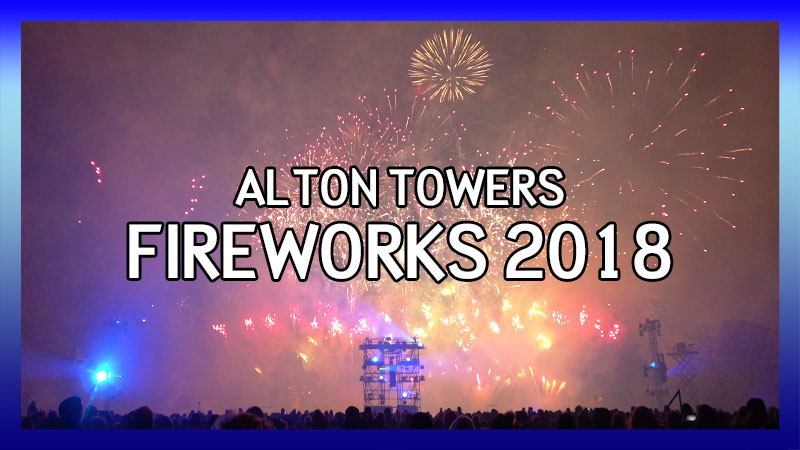