Life getting you down? Come and ride The Smiler, Alton Towers' record breaking 14 inversion rollercoaster, and turn your frown upside down. Smile... always...

Two of The Smiler's cars duelling

The Smiler, codenamed Secret Weapon 7 during construction, was Alton Towers' attempt to claim the world record for the rollercoaster with the most inversions. The previous record was held by Colossus at sister park Thorpe Park in Surrey, which has 10 inversions. Rather than adding one to the tally, Alton Towers went all out to create a ride which takes its riders upside down 14 times.

The ride's theme is based around The Ministry of Joy, a government department gone bad. The Ministry's outward facing image is of a medical organisation tasked with increasing happiness in its patients. At its head is Dr Kelman, a crazed maniac who has devised various "treatments" designed to give his victims a permanent smile. The crowning glory to his achievements is The Marmaliser, a large machine-like structure that sits at the centre of the rollercoaster, through which trains pass several times.

Unfortunately, the quest to get a world record has meant the quality of the rollercoaster has suffered badly. It lacks any sort of finesse: it just moves from inversion to inversion relentlessly, with no real pacing. The only relief comes during the ascent of the vertical lift hill mid-way around the ride. The track isn't fantastic either, with a couple of awkward kinks that cause the cars to bash about in the second half.

It is a bit sad - there are some great examples of Gerstlauer Infinity coasters out there, such as Karacho at Tripsdrill, Monster at Adventureland, and Madagascar Mad Pursuit at Motiongate. It's a pity that Alton Towers missed the opportunity to create a great rollercoaster to add to that list. 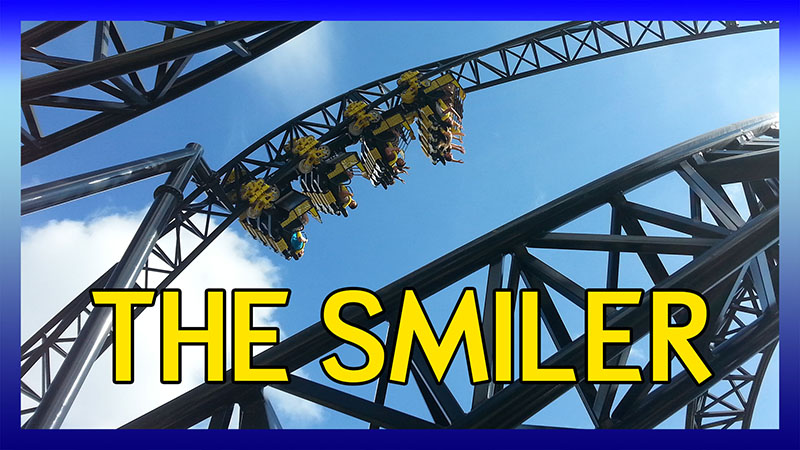