Fly like a Vampire bat through Chessington's Wild Woods, soaring high above rooftops and diving down to swoop through a dark tunnel on your journey from Dracula's castle.

Vampire is Chessington's largest rollercoaster, offering guests the chance to take a ride from Dracula's gothic-themed Castle and fly through the woodland graveyard like a vampire bat, before climbing high over the rooftops of the nearby Transylvanian village.

When it opened in 1990, Vampire formed part of the first large expansion at Chessington since its transformation from zoo to theme park. Along with Professor Burp's Bubbleworks (now rethemed as The Gruffalo River Ride Adventure), Vampire took its place in the brand new land of Transylvania. Designed by John Wardley, it is the only Arrow Suspended Coaster in Europe and originally featured black bat-shaped cars which would swing from side to side.

Following numerous maintenance issues and the bankruptcy of manufacturer Arrow Dynamics, the original Vampire closed at the end of the 2000 season and remained SBNO throughout 2001. It was relaunched in 2002 with new floorless trains from Vekoma. Sadly, much of the original charm of Vampire was destroyed at this time in order to help accommodate the new trains: a lot of the theming in the station was removed, the tunnel was dramatically shortened and trenches were dug in the graveyard to provide the extra clearance necessary. When it reopened the graveyard looked like a building site and it has taken years to recover, and while much improved, the station is still a shadow of its former glory.

Having said all that, Vampire is a fantastic rollercoaster and still one of the most popular attractions at Chessington. The pacing of the ride is perfect: the trains transition between elements effortlessly (if rather jerkily these days!) and no part of the ride feels dull. It isn't overly extreme, which makes it a perfect first "proper" rollercoaster for kids, but at the same time is thrilling enough to keep more grown-up riders on their toes.

Vampire swoops through the trees

The Vampire queueline snakes its way through an old wooded graveyard, the peace of which is regularly shattered as one of the trains swings by overhead. The final part of the queueline takes guests inside the dark corridors of Dracula's Castle, before they emerge into the station itself. They encounter an animatronic Dracula, seated at a huge organ playing the very catchy Vampire station music.

Guests take their seats on one of the Vekoma suspended trains, which is hauled up the lift hill accompanied by the noise of the clanking anti-rollbacks. The first part of the ride takes the train swinging through the graveyard, narrowly missing various trees along the way. After a series of swooping turns, the train ends up at the bottom of the second lift hill. Depending on how many trains are running, and how good the station staff are at loading, climbing to the top of this lift can either be quick or laboriously slow.

Once at the top, the train takes a diving right hand turn which has become one of the classic photo spots of the rollercoaster for non-riders, then swings gracefully over the rooftops of the Transylvanian village that hosts the Gruffalo River Ride Adventure and Vampire's Burger Kitchen. Back out into the forest and high above the tops of the trees, the train suddenly picks up speed as it dives downwards and through an underground tunnel.

Emerging back into the daylight, it takes a sharp left turn to head back inside Dracula's Castle, coming to a crashing halt in the final brake run. In the darkness, the train slowly makes its way around and back into the station. 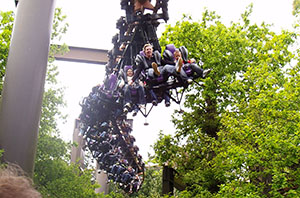 Vampire flies through the trees 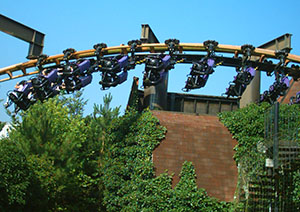 Swooping over the rooftops in Transylvania 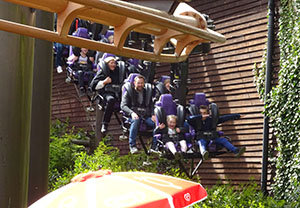 Coming off the second lift: the classic Vampire photospot 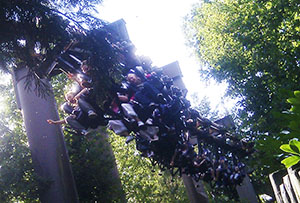 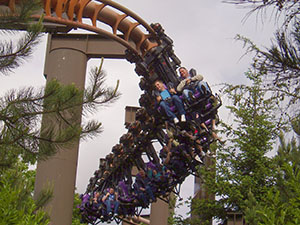 A bat flying through the forest 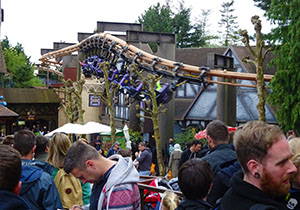 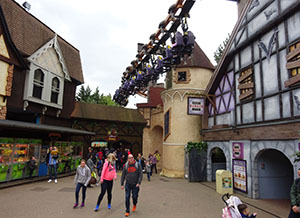 Vampire soars over the heads of guests 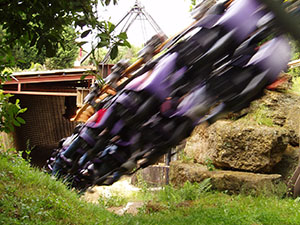 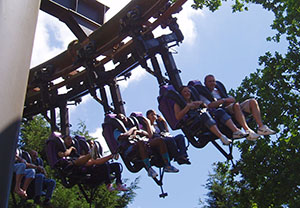 Hanging out on Vampire 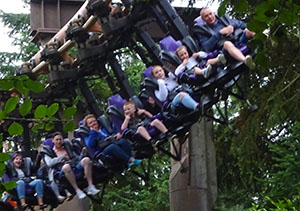 Taking a trip through the trees 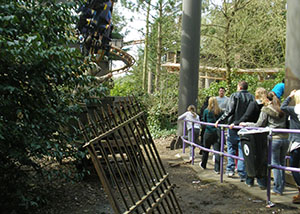 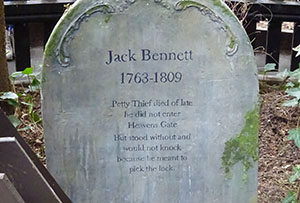 One of the gravestones 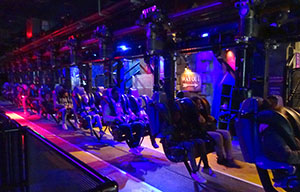 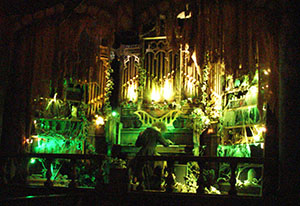 Dracula plays the organ in the Vampire station 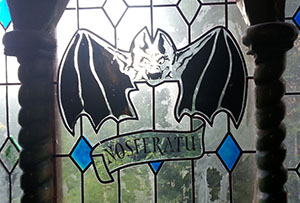 Stained glass at the ride exit 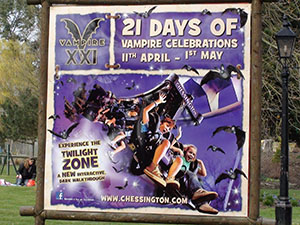 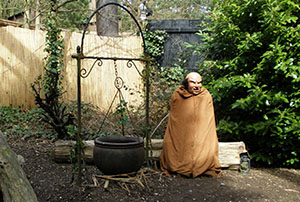 For a time, some of the old models from Terror Tomb could be seen in Vampire's queueline 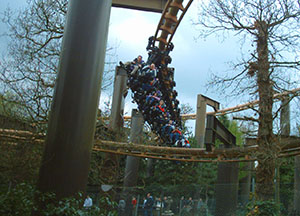 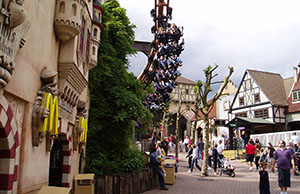 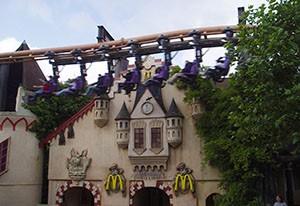 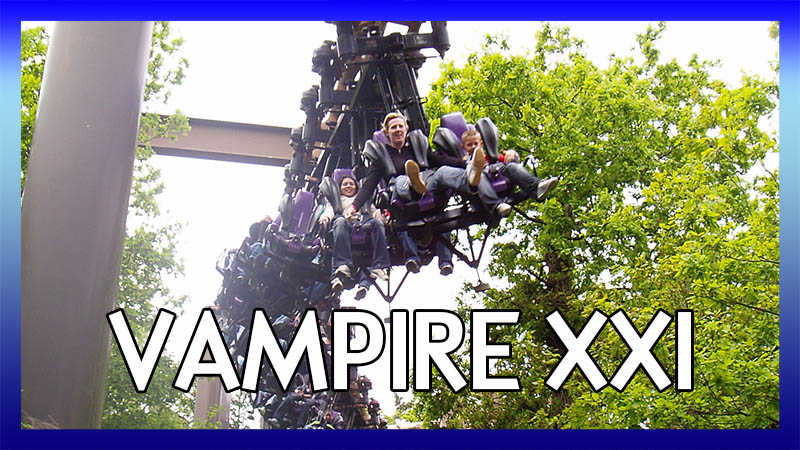 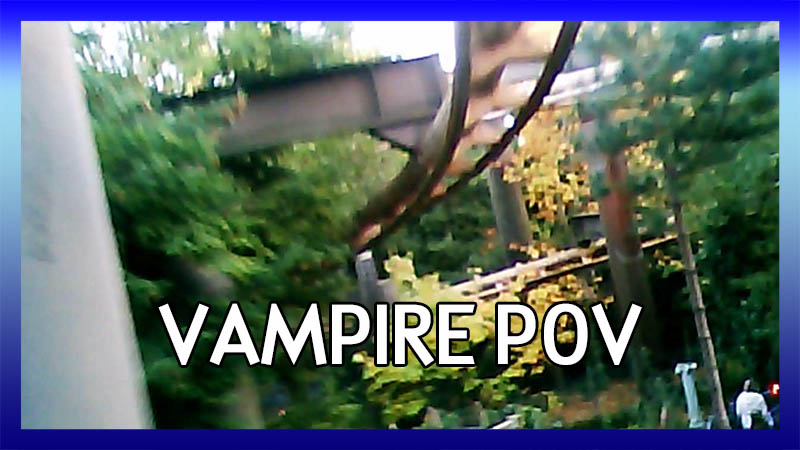 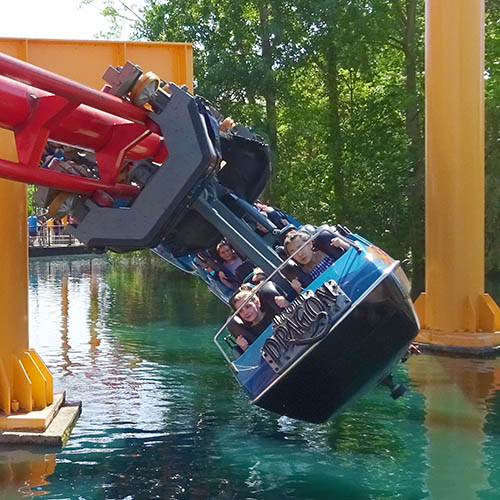