Drayton Manor's 2019 fireworks event took place on Friday 1st and Saturday 2nd November 2019, and this year took on an intergalactic theme. The show, produced by Fantastic Fireworks, celebrated the 50th anniversary of the Apollo 11 Moon Landings, and featured a soundtrack of space themed songs and archive clips from the Apollo 11 mission, TV shows and other assorted celestial sound bites.

A crane behind Shockwave lifted a giant model moon high into the night sky, which was lit in a range of colours to match the mood of the show.

While the weather on Saturday was rather wet, the clouds held back and the display itself remained dry. The crowd seemed to warm to Drayton's usual mix of music and fireworks, with the ocassional cheer or laughter as the music track links to space became a little tenuous! 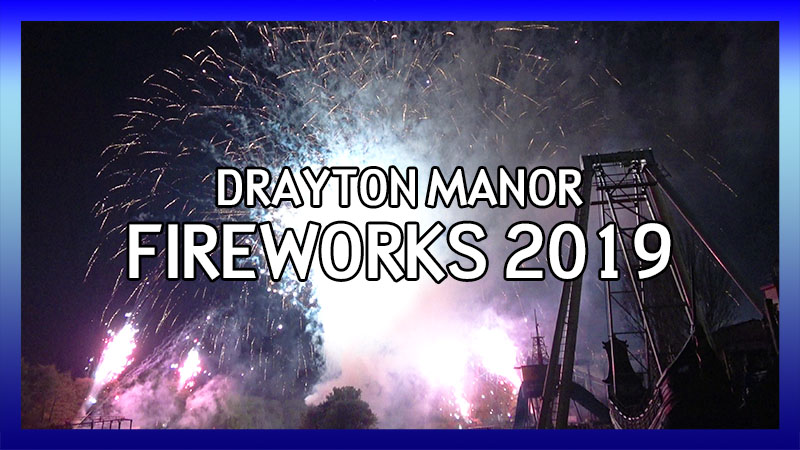