Experience a Rush like no other as you swing high up into the air above Lost City...

Rush is a giant speed swing, which swings riders up 70 feet into the air at 45mph over Thorpe Park’s Lost City area.

Thirty two riders at a time take their seats, eight riders sitting on each side of Rush’s two arms which swing out in opposite directions. Rush features fairly minimal lap bar style restraints, meaning riders can feel very exposed at the top of each swing that reach a 104 degree angle at the peak.

When it opened, Rush was the tallest swing of its type in the world. It remains popular with park guests, giving a unique swinging experience amongst Thorpe’s large collection of flat rides. 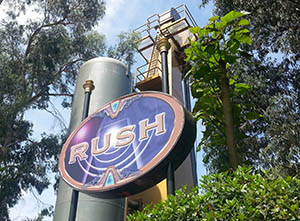 Rush ride sign, with one of the ride's two giant air tanks behind 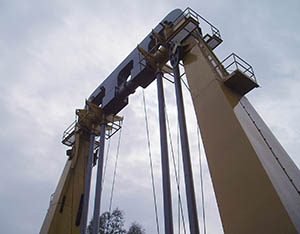 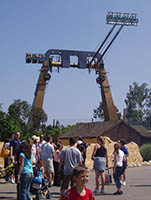 Swinging on a summer afternoon 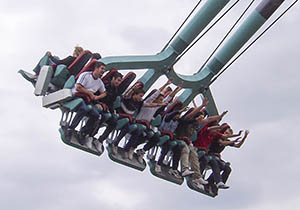 Flying high in the sky 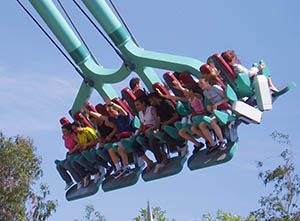 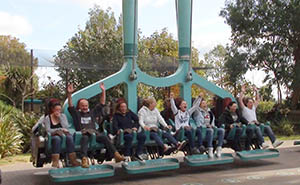 Ready for another swing About to plummet back to Earth 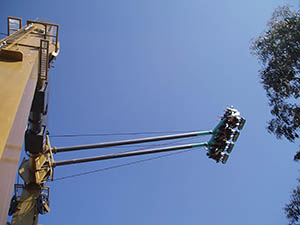 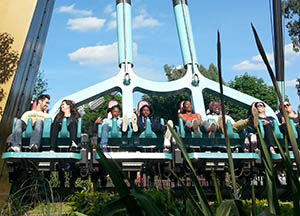 The range of facial expressions is impressive! 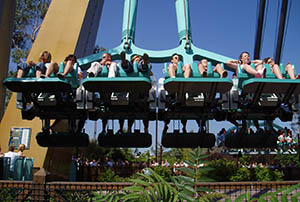 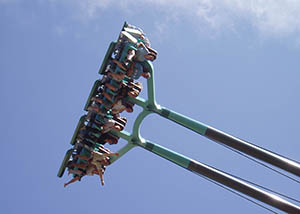 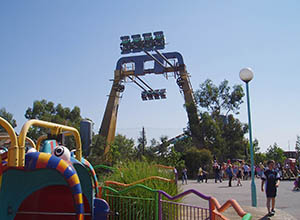 Rush replaced Eclipse, which was removed from the park towards the end of the 2004 season. It was largely constructed at the beginning of the 2005 season and, after various teething troubles, opened in late Spring. 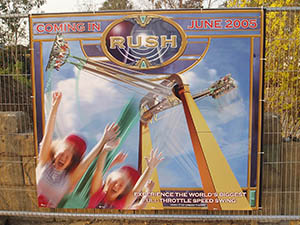 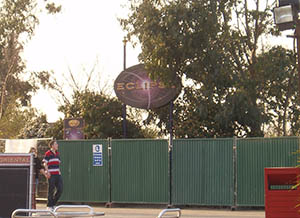 The old Eclipse site is boarded up 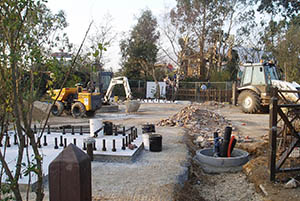 Concrete bases for the towers have been laid 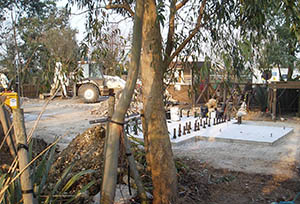 The control box is in place 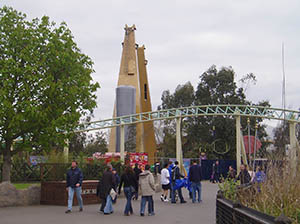 The towers are now largely constructed 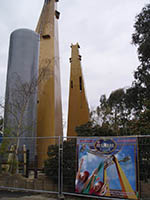 Air tank in place beside the towers 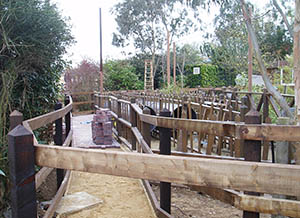 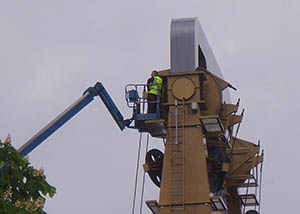 Working on the top 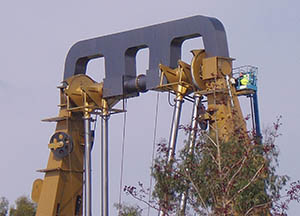 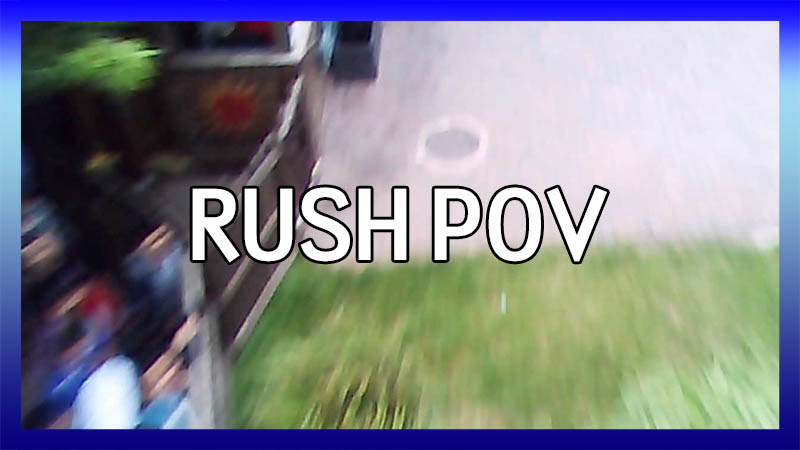