Ride a bobsled down the side of the Matterhorn on the world's first tubular steel rollercoaster ... but beware of the abominable snowman!

Riders prepare for a ride down the Matterhorn

While on vacation in Switzerland Walt Disney fell in love with the Matterhorn, a mountain in the Alps which sits on the Switzerland-Italy border. He sent a postcard of the Matterhorn back to one of his imagineers, Vic Greene, writing on the back "Vic, build this! Walt."

Vic Greene conceived a bobsled ride around and through a replica of the mountain, which became a rollercoaster built by Arrow Development in collaboration with WED Enterprises. Utilising new technology, it became the world's first tubular steel rollercoaster.

Matterhorn Bobsleds is actually two rollercoasters which intertwine and interact as they carry riders down the mountain. The two tracks are known as Fantasyland and Tomorrowland, referring to the lands closest to their loading stations. The Fantasyland track is the slightly smoother of the two, although the Tomorrowland track is about a hundred feet longer.

Both tracks begin with a climb up a lift hill inside the mountain, past rock walls and special effects. The main part of the ride takes the bobsleds around a series of curves as they decend downwards, entering the mountain at several points. This isn't the smoothest ride experience in the world, especially on the Tomorrowland track!

The ride's finale features the bobsleds splashing through an alpine pool, which serves to both slow the sled and cool the brakes. 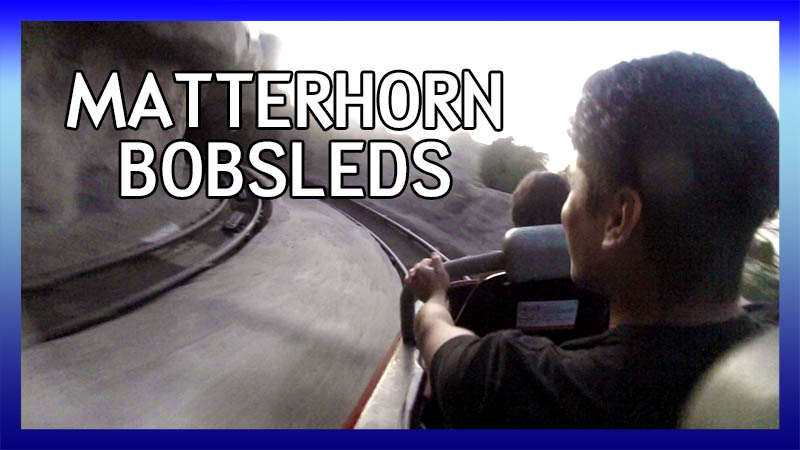