Members of the European Coaster Club were invited on an exclusive weekend trip to Gulliver's World in Warrington and Gulliver's Land in Milton Keynes.

Usually, Gulliver's theme parks operate a strict "no adult groups" policy, meaning that a visit from a coaster club (or even individual members by themselves) would not be a real possibility. However, the European Coaster Club has established a great relationship with the chain over the years and, following a successful trip to Gulliver's Kingdom in 2014, it was only a matter of time before the club got around to visiting Gulliver's other two parks. The ECC also had an off-season trip to hold its Annual Club Meeting at Gulliver's Land in 2012, but this would be the first official club trip to Gulliver's World in Warrington, and the first visit in season to the Milton Keynes park. 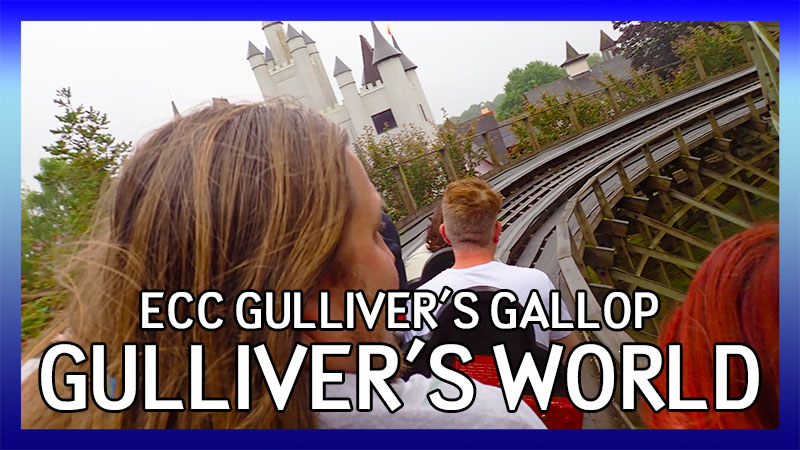 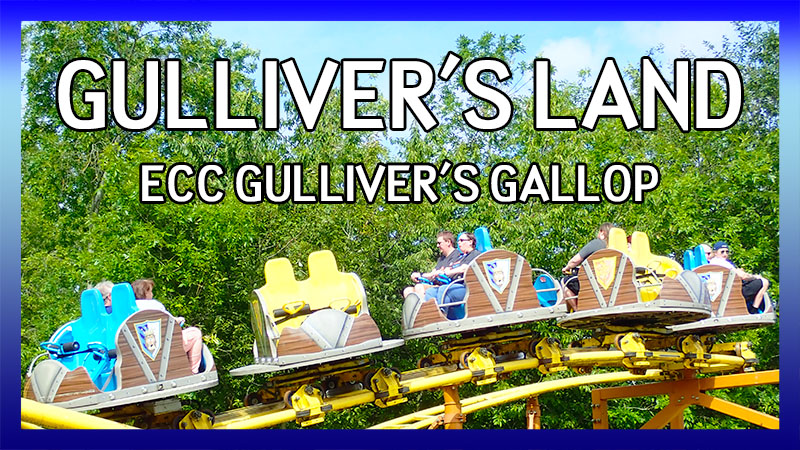 I'd driven up to Warrington with a friend the previous day (we'd dropped into Alton Towers on the way) and had stayed overnight at the local Travelodge Warrington, so we arrived bright and early at Gulliver's World.

After meeting the rest of the group in the Gulliver's hotel, we were taken into the park.

We started the day with an ERS on The Antelope, the park's wooden coaster.

Unfortunately it was rough and uncomfortable, but we managed to have fun regardless!

After a coffee, we began exploring the rest of the park. First up was Gilly's Princess Ride.

Surprise, surprise - we spotted a few club members on The Wriggler.

Gulliver's World's other rollercoaster used to be in Western World, but the park's Apache Falls rapids ride is now on that site.

Since we were there, we thought we may as well take a ride. It turned out to be very, very wet!

In for a penny, in for a pound, next up was the Log Flume.

We finally found the missing coaster, Runaway Minecarts, over the other side of the park in Safari Kingdom.

Not having done a water ride in over ten minutes, we went for a float down Adventure Canyon.

And then we had a slide down Togo Tower.

It turns out that the water comes up over the side of the boat, as well as the front!

Following lunch in the park's hotel, we were back into Gulliver's World for a train ride. Everybody, meet Neville.

We got caught by some pirates who made us walk the plank.

At lunchtime we'd thought we had seen almost everything in the park - we didn't realise we'd missed an entire land! Mind you, it's probably called The Lost World for a reason.

Some of the models in the Lost World were better than others.

The Hatchery was a surprisingly good ride with all its trundly spinnyness.

Even dinosaurs with long eyelashes want to be in our gang.

Remember that old "Just Say No" campaign on Grange Hill? Yeah, well, just say no. I wish I had.

Some people were more scared than others on Jurassic Jeeps ...

... but everyone was happy on the Tractor Ride.

This is Percy. We rode his ship, The Percy Waves. Perhaps if he charged per ride, Percy could afford to buy a new shirt.

Everyone loves a pirate themed Disk'O!

We went back for the last ride of the day on The Antelope. Admittedly, that was a mistake in itself. Even more of a mistake was allowing myself to be put in the back row. I still have the bruises!

Overnight we all relocated down south ready for another day of Gulliver's theme park fun, this time at Gulliver's Land in Milton Keynes.

The day began with an ERS - Midas was especially excited!

Sadly there was only the opportunity for one go each on Twist 'N' Joust during the ERS.

Once the park had opened we headed for Crazy Mouse, Gulliver's Land's indoor coaster.

Runway Train was Midas' 1200th coaster. He still looks quite excited but not as excited as about Twist 'N' Shout, even though he didn't have a "1198" sign for that one.

Runaway Train seems to have been a hit with Richard.

Children's playgrounds are way too much fun!

The Enchanted Forest is a really well themed walkthrough. We only happened upon it by chance - it's not even marked on the park map!

We'd been at Gulliver's all morning and hadn't been on a water ride so it was time for the Log Flume, which wasn't actually that wet.

The Flying Texan Boots ride was a lot of fun - if you were careful you could use the controls to turn it into a Frog Hopper!

I don't know this lady's name, but I wonder if she knows Percy. If she does, maybe they could go shopping together and get her some new trousers when Percy picks up a new shirt. Regardless, The Buccaneer was a decent Pirate Ship ride.

Next up was a trip down Jungle River. It was kind of similar to the previous day's Adventure Canyon, but more jungle-y than safari-y. Which is obviously very different.

Dragon Siege is by far the most intense ride in the park, and unfortunately not particularly comfortable either.

The Cycle Monorail was much more pleasant, although also more exhausting!

Myk made a new friend.

As a rule I hate drop towers, but Gulliver's Land's Crazy Crane was quite fun.

That would be fine, apart from Python is no longer at the park!

Whirlwind was a nice balloon ride, run by a very friendly member of staff.

After a visit to the gift shop and with the park about to close, it was time to head home. Thanks to Paul for organising a smashing weekend!

More about the Parks